What sets the EHS Management Forum apart from other conferences? The program is developed and led by your peers. Speakers at the Forum are EHS or Sustainability managers who share first-hand business cases and stories about their challenges, successes and lessons learned. The candid conversations that develop through interactive sessions give attendees insight they rarely find anywhere else.

Speakers at the Forum

We've gathered more than 75 business leaders across all industries to keep you at the forefront of the EHS and sustainability profession. View the complete Forum speaker line-up.

Pre-registration has closed; however, registration will be available on-site for the NAEM member and In House EHS/Sustainability Manager category.

Please note that the Supplier/Consultant category is sold out. On-site registrations will not be accepted for this category. 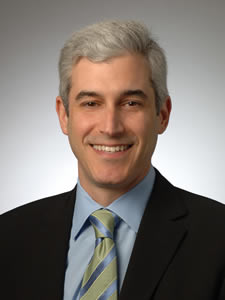 Andrew Winston is a globally recognized expert on how business can profit from environmental thinking. He advises some of the worlds leading companies, including Bank of America, HP, Boeing, Pepsi, and Bayer. Andrew also serves on the Sustainability Advisory Board of the Kimberly-Clark Corporation and the Executive Environmental Advisory Council for Hewlett-Packard (HP). He is the author of Green Recovery and co-author of Green to Gold, the best-selling guide to what works - and what doesnt - when companies go green. Andrew is a highly respected and dynamic speaker, exploring the business benefits of sustainability with audiences around the world. Andrews earlier career included corporate strategy at Boston Consulting Group and management positions in marketing and business development at Time Warner and MTV. He received his BA in Economics from Princeton, an MBA from Columbia, and a Masters of Environmental Management from Yale. He lives in Greenwich, CT with his wife and two sons. 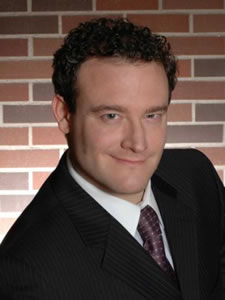 Mr. Schenker is the President and Chief Economist of Prestige Economics, a management consulting, advisory, and research firm. Mr. Schenker manages the consulting projects of Prestige Economics, LLC and is responsible for writing commentary, giving external presentations, and producing Consensus forecasts for economic indicators, energy prices and inventories, metals prices, and foreign exchange rates. Mr. Schenker is regularly quoted by the press, including the Wall Street Journal, CNBC, and Bloomberg. Mr. Schenker attends exclusive OPEC, IEF, and Fed meetings, and also frequently presents to central banks, governmental bodies, and industry groups. Mr. Schenker is also a contributor to Bloomberg, Dow Jones, Reuters, and Platts Consensus surveys for economic indicators, energy, metals, and foreign exchange. He was named Bloomberg Best Crude Oil Price Forecaster for 2010, and has been ranked the most accurate Consensus forecaster of U.S. non-farm payrolls by Bloomberg over a two-year period.

Prior to founding Prestige Economics, Mr. Schenker worked for McKinsey & Company as a Risk Specialist and Senior Consultant, and earlier in Wachovias Corporate and Investment Bank as a Consensus-contributing economist using the functional titles of Economist, International Economist, Chief Energy Economist, and Commodity Economist.

Mr. Schenker holds a Bachelors with distinction in History and German from UVA, an MA in German from UNC Chapel Hill, and an MA in Applied Economics from UNC Greensboro. He has also earned the professional designations of ChFC® (Chartered Financial Consultant) ERP® (Energy Risk Professional), and CFP® (Certified Financial Planner). Mr. Schenker is also a member of the National Association for Business Economics, the Global Association of Risk Professionals, and the Global Interdependence Center. 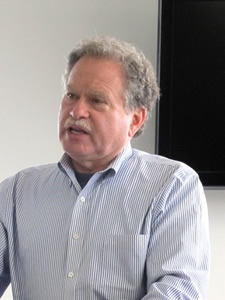 Howard Brown is a noted entrepreneur and educator with expertise in aligning environment and business strategies. He recently founded dMASS.net, an organization focused on helping businesses improve resource performance. He contributes regularly to dMASS.net's online content on the subjects of resources, waste, environmental metrics, and the direction of innovation.Howard is also chairman of o.s.Earth Inc., a company that delivers live simulation games on the global economy and its relationship to the environment. For more than 20 years, he was CEO of the consultancy RPM Systems, Inc. (Resource Planning and Management), through which he helped define the emerging field of sustainable business. He worked with such major corporations as International Paper, Mobil, BP, Duracell, Avery- Dennison, Whirlpool, SaraLee, and Wrigley, earning a worldwide reputation for developing practical strategies that merge environmental and business goals. Howard was also student and colleague of R. Buckminster Fuller for two decades and is an authority on the social and economic implications of Fuller's work. His keynote presentation will frame the resource challenges facing businesses today and share cutting-edge examples that demonstrate how good business and good environmental strategies can be aligned profitably and effectively by increasing resource performance. 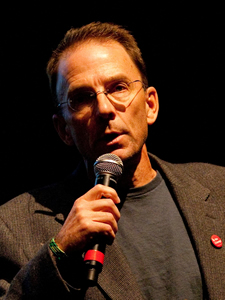 Eric Henry, president of TS Designs, is one-half of the dynamic duo that owns TSD. Alongside his business partner and TSD CEO Tom Sineath, Eric has been in the screenprinting business for over 30 years.

Eric's duties at TSD range from sales to operations to PR. He is the foremost public face of TSD, attending numerous trade shows, giving speeches to groups and universities and hosting tours of the TSD facility. His boundless enthusiasm and energy have gained him a certain level of notoriety at most of them, even winning him the Sustainability Champion award from Sustainable North Carolina in 2009.

Outside of TS Designs, Eric devotes much of his time volunteer organizations, serving on the boards of several community associations. He founded the Burlington Biodiesel Co-op and has run his car on biodiesel (or straight vegetable oil) since 2004. His latest project is working as a board member of Company Shops Market in downtown Burlington. Opened in June 2011, the local co-op grocery will reconnect local agriculture to Alamance County. He also serves on the boards of Alamance County Chamber of Commerce, Specialty Graphic Imaging Association, Elon University Environmental Science and the Burlington Downtown Corporation.

Eric was born in Radford, Virginia. When he was 3, he moved to Burlington, NC, where he has lived for most of his life since. He attended NC State University for 2 years, then transferred to the University of North Carolina at Chapel Hill. While at UNC-CH, Eric founded Creative Screen Designs, a screenprinting operation dedicated to the college market. Before the start of his senior year at Chapel Hill, Eric left school to join Tom Sineath as co-owner of TS Designs, Inc. He recently completed an online permaculture class at North Carolina State University.

Eric and his wife Lisa recently bought a small farm in southern Alamance County and moved out of their home of 26 years in downtown Burlington. Lisa wanted to be closer to her horses and Eric wanted to get closer to the dirt. Eric started a blog Journey to Zero to share their story on how they are planning to take their new home of 19 years old and make it a net zero energy home. 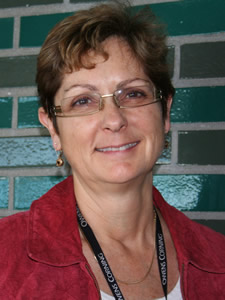 Gale joined Owens Corning as an environmental engineer with a civil engineering degree from Michigan State University. She has held numerous leadership roles across several businesses and functional areas, including manufacturing leadership in both the United States and Europe and global diversity leadership. Before joining the sustainability organization she was product and program manager in the Insulating Systems business for Owen Corning, where she was responsible for product quality, new development, packaging, marketing literature and application.